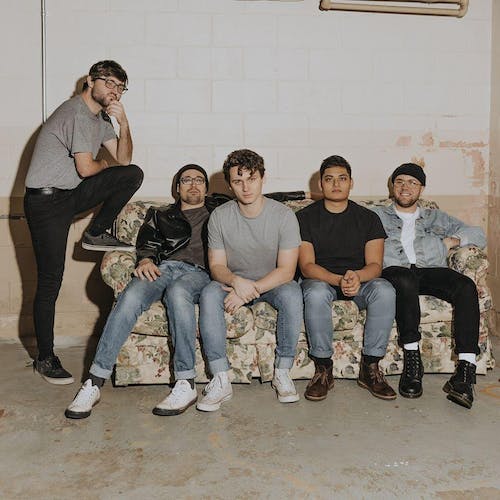 Michigan’s upper peninsula is trapped under what seems like permafrost for most of the year. This chilling effect makes the landmass more comfortable with stationary lives rather than lives spent outside its natural sprawl. Hot Mulligan may have been born in this green giant, but they escaped its clutches shortly after high school to beat pavement and their own neuroses-at the same time.

Since 2014, the five-piece has gained ground for their earnest approach to songwriting, melding together the ferocious riffs of pop punk’s latest wave with the tenacious vulnerability of indie rock. The marriage is one shared by many bands, but on Opportunities - their latest EP earning a re-release via No Sleep Records - the courtship entangles itself in new territories, mostly in those characterized by cavernous percussion, hooks so buoyant they bob up and down, and guitar and synth interplay that belong to a much older, bolder band.

The future is full of other excuses to keep moving, and for Hot Mulligan, they’re easily jumping at the chance to speed up.