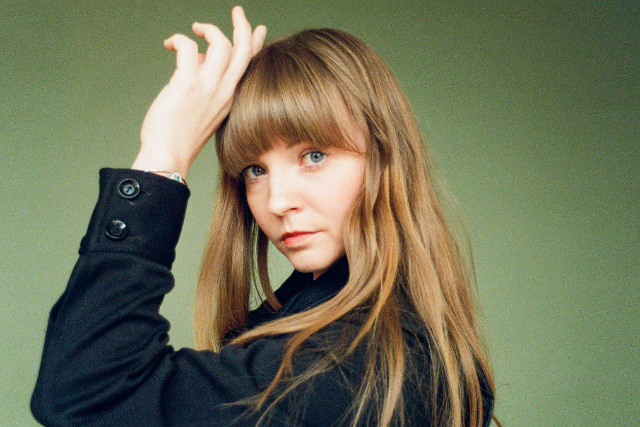 At just 16 years old, Courtney Marie Andrews left home in Arizona for her first tour. She traveled up and down the West Coast, busking and playing any bars or cafés that would have her. Soon after, she took a Greyhound bus four nights straight from Phoenix to New York to do the same on the East Coast. For a decade or so since, Courtney’s been a session and backup singer and guitarist for nearly 40 artists, from Jimmy Eat World to Damien Jurado. She never stopped writing her own material, though. Picking up admirers like Jurado and Ryan Adams along the way, she has quietly earned a reputation as a songwriter’s songwriter.

With plans to settle down for a bit and focus on her own songs, Courtney moved to the Northwest in 2011 to record her last full-length record On My Page. However, the record had hardly been released before she was on the road again performing other artists’ songs, eventually leading her overseas to play guitar and sing with Belgian star Milow. At the tour’s end, though, the other session players joined her to record her 2014 EP Leuven Letters in one take.

It was during this time that Courtney also wrote many of the songs on Honest Life. She found herself realizing the impact of growing up on the road and this constant reconciling between her and other’s art and identity. Courtney will take it from there:

While in Belgium for four months, I was going through a major heartbreak. I started growing homesick for America and the comfort of family and friends, and life in the states. That's where I wrote the first songs for Honest Life. It was a giant hurdle in my life. My first true growing pains as a woman. That's why in a sense, I feel this record is a coming of age album. A common thread that runs through the songs, is a great desire to fit somewhere, when nowhere fits. And wanting to get back home to the people I know and love. Once I got back to the states, I started to bartend at a small town tavern. I was home for awhile, and needed to post up while rehearsing with the band for the record. At the tavern, I felt I could truly empathize with the stories and lives of the people there. I wrote the other half of the songs about coming home and feeling a sense of belonging again. A lot of the stories at that tavern definitely ran parallel with my own, even though our lives were so different. I was the "musician girl."  They were farmers, construction workers, plumbers, waitresses, and cashiers. But, no matter how different, I felt we were all trying to live our most honest life.